Since the evaluation of Disease Management Programs (DMP) started in Germany in 2003, MNC acts as evaluator for all German statutory health insurances of the "BKK"-union (Betriebskrankenkassen), the "IKK"-union (Innungskrankenkassen) and the union of the "Ersatzkassen" (Verband der Ersatzkassen, vdek).

key data at a glance

take part in the DMP

consisting of data of more than 10 years of DMP

A current focal point in our work is the scientific accompanying research (evaluation) of structured Disease Management Programs (DMP) in the indications Diabetes mellitus type 1 and 2, breast cancer, coronary heart disease, bronchial asthma and COPD, which have been started since 2003. We evaluate on behalf of several German health care associations (members of vdek, Betriebskrankenkassen, Innungskrankenkassen). 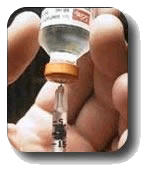 Today, about 25 million data records are delivered to MNC every year (60% medical documentations and 40% patient attributs, which are merged in a matching procedure by MNC). In the indication with the most enrolled patients, Diabetes Mellitus Type 2, almost 4 million insurants get evaluated over a timespan exceeding 10 years.

Over the years there were very different kinds of evaluation reports. This led consistently to short-term adaptations of the reports to respond to our customers' desires. Amongst other things, MNC developed the first short reports (about 40 pages), which aimed to concentrate information and to increase the readability of the reports. Before that, a report had a lenght of 500 pages and above.

As there are many different actors involved in processing the programs, of course we experienced problems. For example, there were technical problems with the uniform pseudonymisation of patients' data. MNC responded quickly and developed a consolidating method for the patient's pseudonyms. As a result, the medical documentations created in the physician's offices and the patient records delivered by the health insurance companies can be re-united to approximately 100%.

The programs for treating chronicle illnesses were established by a law reforming the risk adjustment among the statutory health insurance funds („Gesetz zur Reform des Risikostrukturausgleichs in der gesetzlichen Krankenversicherung“), enacted on January 1st, 2002. The programs are an approach in medical care to coordinate and optimise treating and caring processes of patients during the whole course of a normally chronic disease and above the limits of individual sectoral suppliers on the grounds of consolidated scientific findings (EbM). The predominant aim is to improve the treatment of the patient and to reduce the disease-indicated limitations and secondary disorders.

The enactment of the fourth reform in risk adjustment among the statutory health insurance funds (Verordnung zur Änderung der Risikostruktur-Ausgleichsverordnung) on July 1st, 2002, which held for the first time concrete compulsory requirements for DMPs, enabled the health insurance companies to offer their insurants DMPs structured according to the law. With the beginning of 2003, the health insurance companies exercised this option for the indications Diabetes Mellitus type 2 and breast cancer as a start. Successively, the spectrum of offered DMPs widened, allowing the indications Diabetes Mellitus type 1, coronary heart disease, asthma, and chronic obstructive pulmonary disease. By the end of 2007, approximately 14.000 DMPs were registered or already re-registered respectively. 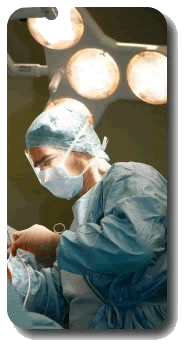 Founding on the fifth volume of the Code of Social Law (SGB V), DMPs are to fulfill specific requirements with respect to the following topics:

DMPs are to be scientifically evaluated due to § 137f (4) and § 137g (2) Code of Social Law V (SGB V) as well as § 28g risk adjustment regulation (RisikoStrukturAusgleichsVerordnung; RSAV). Up until 2012, thereby gained medical and economic evaluation results as well as the changes in subjective quality of life (measured with the instrument SF-36) were to be reported to the Federal Office of Administration (Bundesversicherungsamt; BVA) to decide whether to re-accreditate the DMP for the respective offering health insurance company. Since 2012, the medical results are reported to the Federal Joint Committee (G-BA). The evaluation is to be executed by health insurance company- and supplier-independent experts on the basis of generally accepted scientific standards.

The recent version of the requirement guideline in DMP ("DMP-Anforderungen-Richtlinie") can be found on the internet:

The recent guideline by the Federal Joint Committee (G-BA) led to the first nationwide reports, which were published in July 2016. The current report does not contain any rsik-adjusted results. The last risk-adjusted results, which allow comparisons between the programs among each other, were created in 2013 according to the guidelines of the Federal Office of Administration (Bundesversicherungsamt; BVA).

Meanwhile, the Federal Joint Committee (G-BA) is already assigned to define proper requirements for the next new DMPs, backache and depression, until December 31st, 2016.

We have compiled the latest evaluation reports and further documents from the Federal Joint Committee (G-BA) for you. Furthermore, you can find links to DMP-areas on websites of other actors involved in the DMP below.

You can find out more about what our cookie stores or deactivate it in the settings.

Necessary cookies should be activated at all times so that we can save your decision for the cookie settings.